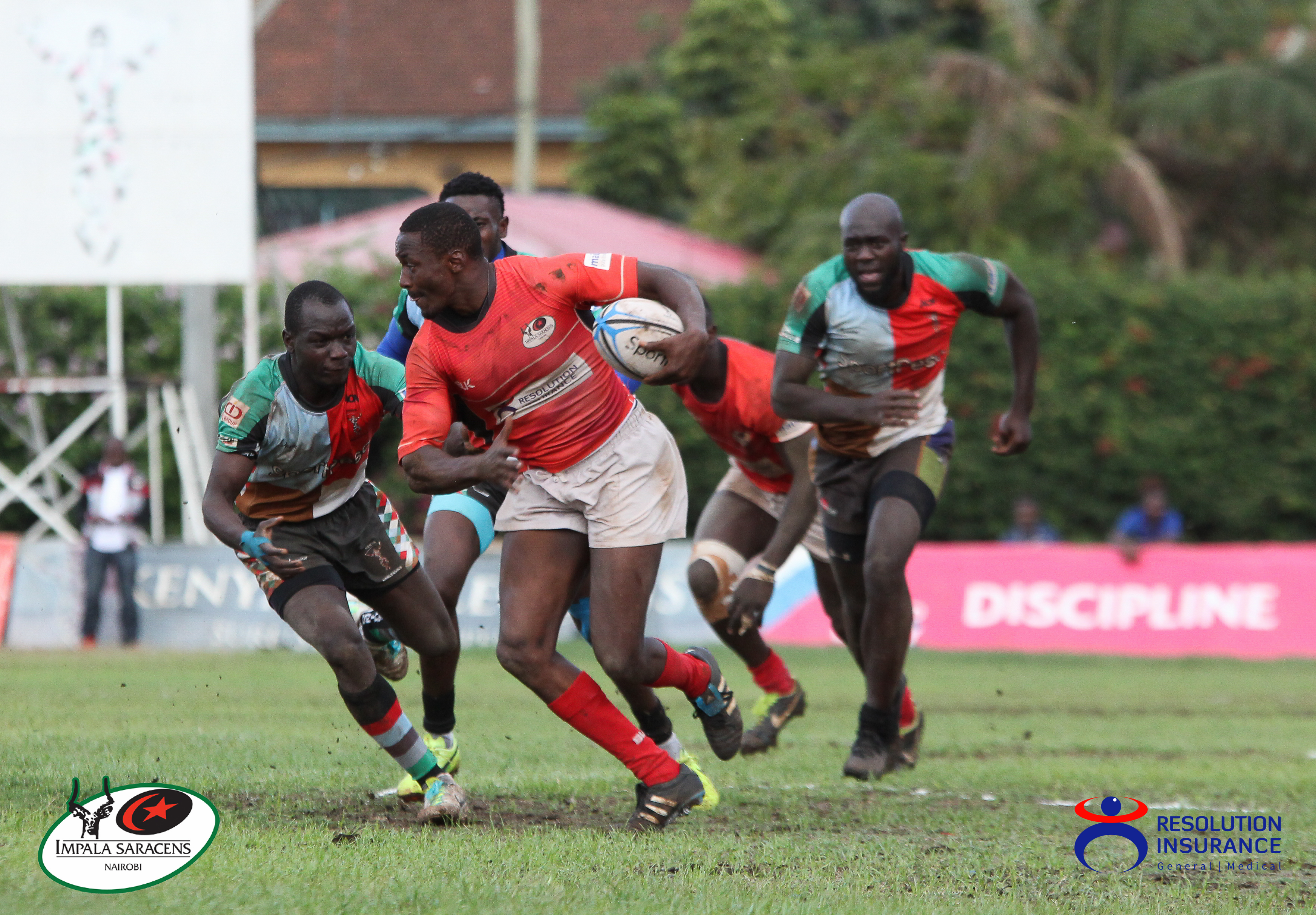 Resolution Impala Saracens could have made it through, but interesting events coupled with bad luck in the second half denied the Gazelles the chance to book a Kenya Cup Semi-final duel against arch rivals Kenya Commercial Bank.

Although the centre-referee awarded Kenya Harlequins a penalty try and flashed the yellow card before Quinto Ongo’s eyes in the nascent minutes of the match, Impala back-row, Elkeans Musonye swatted defenders before scoring under the posts. Sammy Oliech converted to equal the scores. Musonye claimed his brace later on in the first half. His try, successfully converted by Oliech stretched Impala’s lead to 14-7. Quins attempted to perforate Impala defence but found it fortressed. The best they could do to garner points was to point at the posts. Lyle Asiligwa’s neatly struck boot found the sweet-spot.

Impala hooker – Daniel Ndome was caught bending legislation & saw yellow. Quins took advantage of the deficit to score but failed to convert. Lax in defence gifted Quins another try through maul. The conversion went through. Impala were not going down without a fight. Davis Makori scored from open play in the wing. Oliech’s attempt at finding the posts went short. Nato Simiyu’s pass was intercepted by David Ambunya. Although Billy Omondi managed to stop him after a 30 metre chase, he offloaded, gifting Eric Shikuku the chance to score. Aluda Beda converted to push scores to 29-19 in Quin favor. Although Billy Omondi managed to crash past Quin defence, it was too late to stage a comeback.

Resolution Impala Saracens will now focus on the Enterprise Cup Semis where they will face KCB Lions. The same team the team could have met in the Kenya Cup semis, had they won this particular match