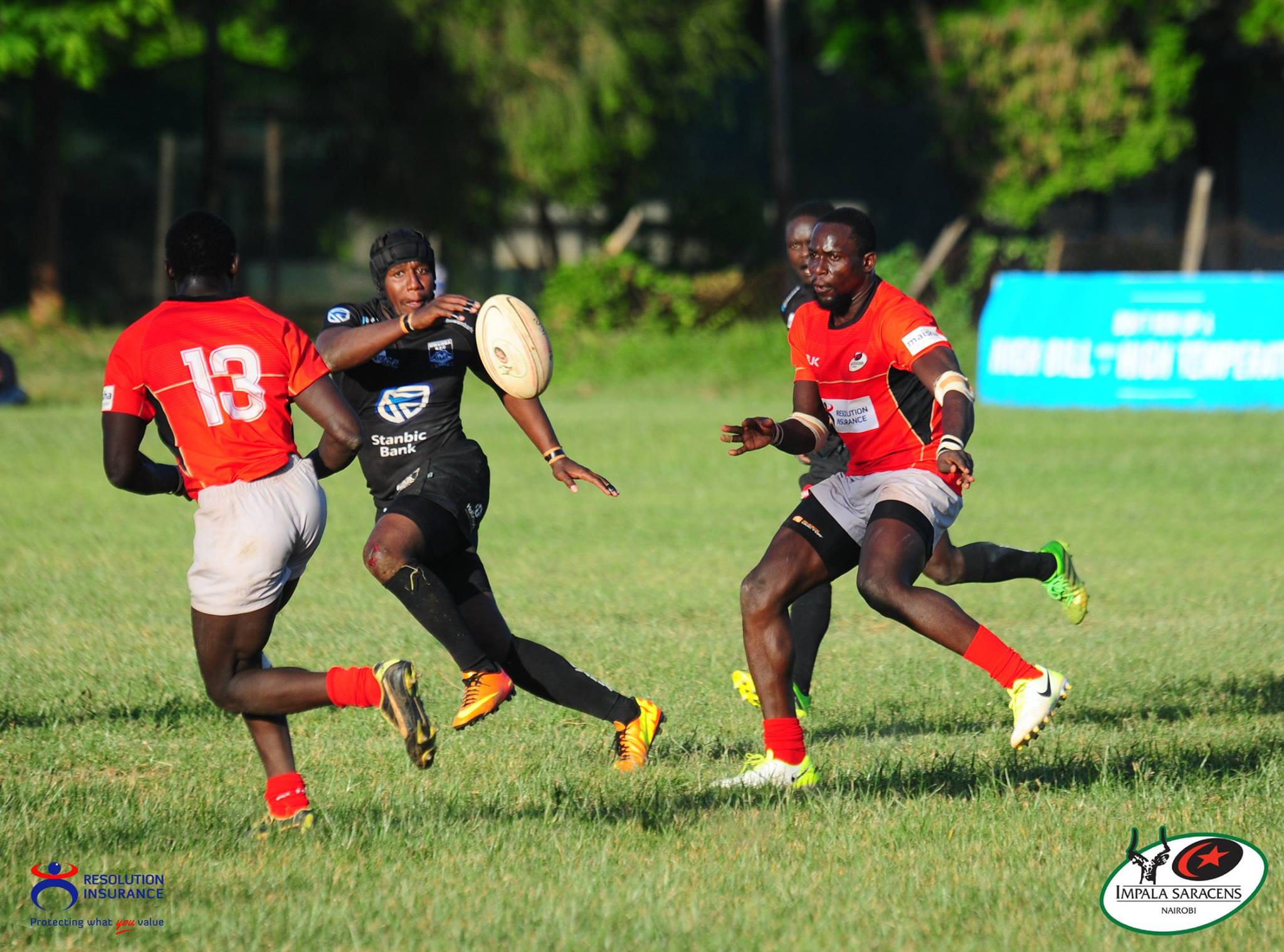 The Resolution Impala Saracens technical bench has made a decision to play an obstinate pack and a razor sharp backline which sees a mix of youthful vivacity & experienced decision making.

Steve Juma starts at loose-head. Daniel Ndome starts at hooker & Saul Kivumbi plays at tight-head. Davis Makori pairs Erick Kerre in the locks. Test match player – Elkeans Musonye starts at blind-side flank. Paul Mutsami returns to playing in the back-row and will start at open-side flank. Mutsami had chosen to start the 2018/19 season playing in midfield but a tactical decision has been made to return him to where he is explosively effective. Joel Omer maintains his starting 8th man position.

Samson Onsomu missed out of the Impala-Kabras Kenya Cup match which ended 22-32 to the sugar millers played last weekend. His inclusion to the team is a big boost to attacking structure. He will pair up with Anthony Odhiambo. If you have been watching Impala matches which feature Odhiambo, you will notice his ability to defend the gain line, his strength in making clever kicking decisions and his unique composure – qualities required for the perfect fly-half. Ishmael Mokaya & Anthony Nyandigisi start in midfield. Billy-breaking-the-line-at-will Omondi starts in the left wing. Quinto Ongo has been fielded in the right. Olympian – Samuel Oliech has been given the all clear sign to compete in contact rugby. He starts at full-back.

The last time Resolution Impala Saracens played against Stanbic Mwamba RFC in a game of fifteens, the match went down to the wire & a 13 man Mwamba managed a 20-16 full-time score against the Gazelles. Mwamba celebrated the win deep into the night & the Gazelles set out to better understand what happened at the Railways club on 19th January 2019. The memories of the loss are vivid to every Impala player and fan who experienced the frustration of losing a match in the dying minutes of a rabidly contested Kenya Cup match. Impala has since stopped blowing cold and effervescence can be seen if recent performance is to be revisited. This is probably the most exciting Enterprise Cup fixture this weekend & anyone keen on witnessing heart-stopping rugby will be nowhere else but the Impala Club. Kick off: 4pm