Ekasi: Impala can go one better than 2018 & win Enterprise Cup 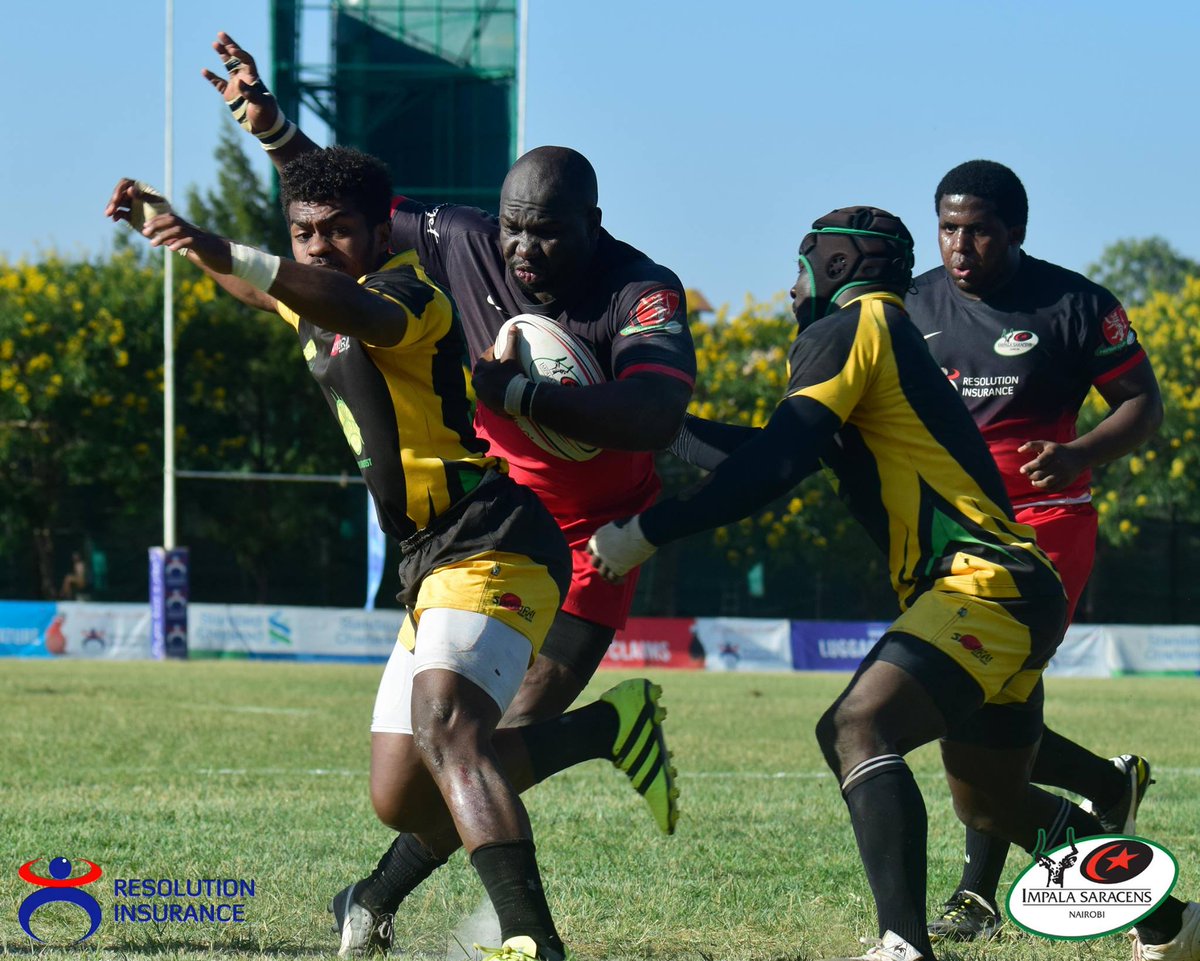 It has been an interesting season for Resolution Impala Saracens. The team had to wait until  6.15 p.m on Saturday  6th April 2019 to get the all clear sign for a Kenya Cup play-off spot. Had Nondescripts won against Kenya Harlequins, the Gazelles would have been locked out of the play-offs. Kenya Cup competition takes a break this weekend, creating opportunity for Resolution Impala Saracens to revisit a 20-16 score posted by Stanbic Mwamba RFC on 19th January 2019 in the regular Kenya Cup season. Although the battle for bragging rights has been moved to a different field – The Enterprise Cup, the stakes are higher this time round. The Enterprise Cup is played on a knock-out basis. Former Resolution Impala Saracens Captain – Duncan Ekasi offers his opinion on just what a battle it is going to be at the Impala Club when the two teams meet in an Enterprise Cup Quarters match to be played this Saturday 13th April at the Impala Club.

“Yes I do believe Impala can go one better than last year and win the Enterprise cup. The team needs to pick up from where they left the Kabras game last weekend, the intensity in that match should at worse be replicated and that should see us much into the semis. We struggled in the league match against Mwamba seeing that it was the first match after the Christmas break. You could tell that the team needed to build more cohesion through most of the unforced errors committed. We are however not in that position anymore. We are currently attacking with clear cut intent & defending not only with body, but with soul too.  We have gathered traction at the moment and opened ourselves to combinations that seem to be working well. Resolution Impala Saracens vs Mwamba will be an entertaining match. I expect the senior players to set the tone of the game and ensure level-headedness in this knock out match. The game will be won in the forwards as most 15 a side matches are expected to. However, being a knock out match, hunger for victory plays a really big part in a match. If the game is to go into extra time, the team that is composed and is able to pull more than 8 phases comfortably will emerge victorious. This encounter is quite important for Impala, apart from having a trophy that we missed by a whisker last year up for grabs, it will be a good way to build momentum heading into the Kenya Cup play offs.”