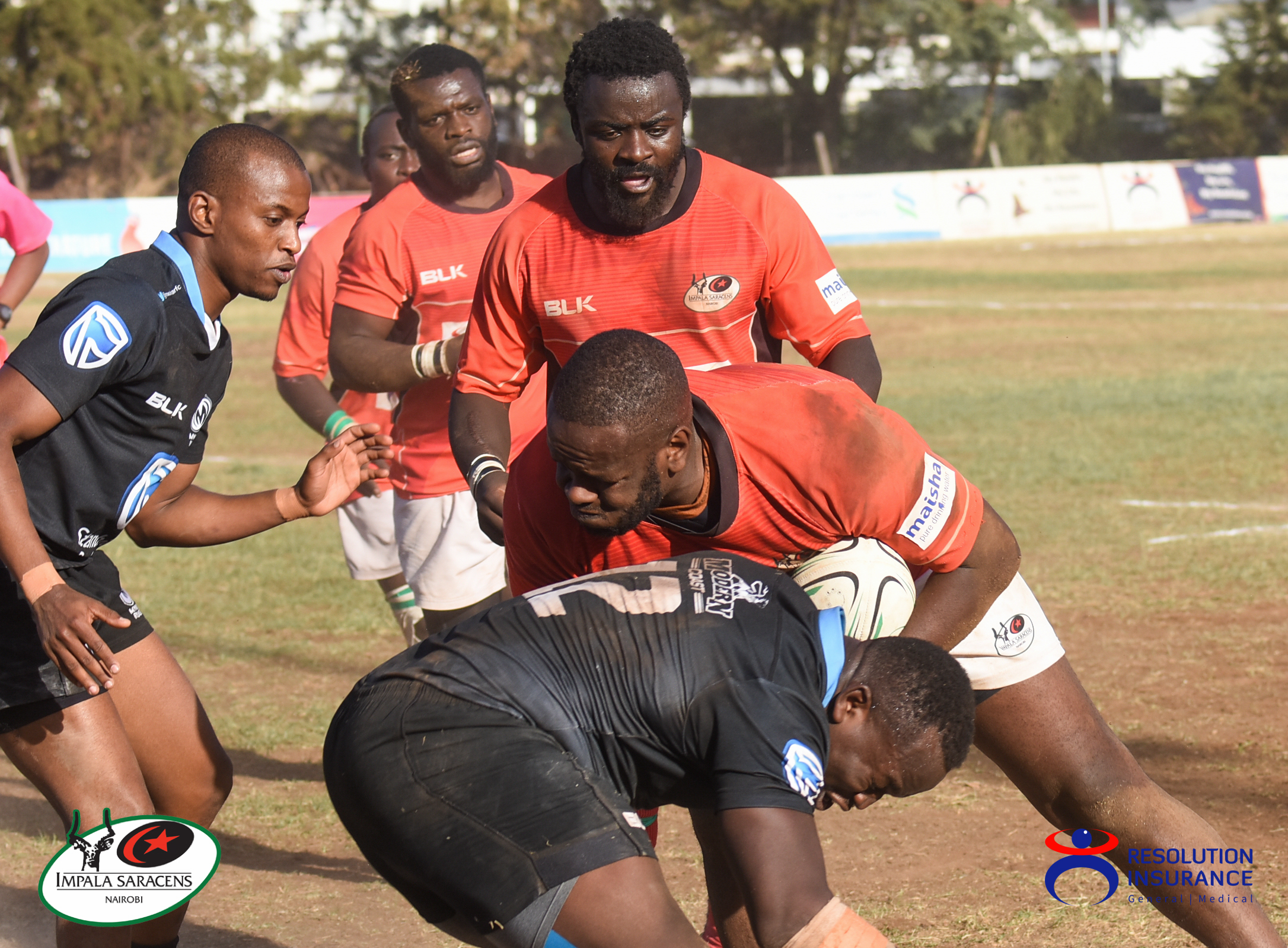 Resolution Impala Saracens made true their start-of-the-week statement to Stanbic Mwamba today at the Impala Club. A full-time score that will live to be remembered for ages to come.

Impala lock – Eric Kerre was first to score in the second half. Although Quinto converted this try, he found a little trouble converting Billy Omondi’s work-of-art try that followed. Nyandigisi’s kick and chase technique earned him 2 tries, which Ongo converted comfortably. Ongo’s pace & boot earned him 7 more points after he scored and converted from the corner flag. Although Yahya Hussein scored for Mwamba at the 80th minute, it caused no dent to an Impala outfit that had already entered Enterprise Cup Semi territory