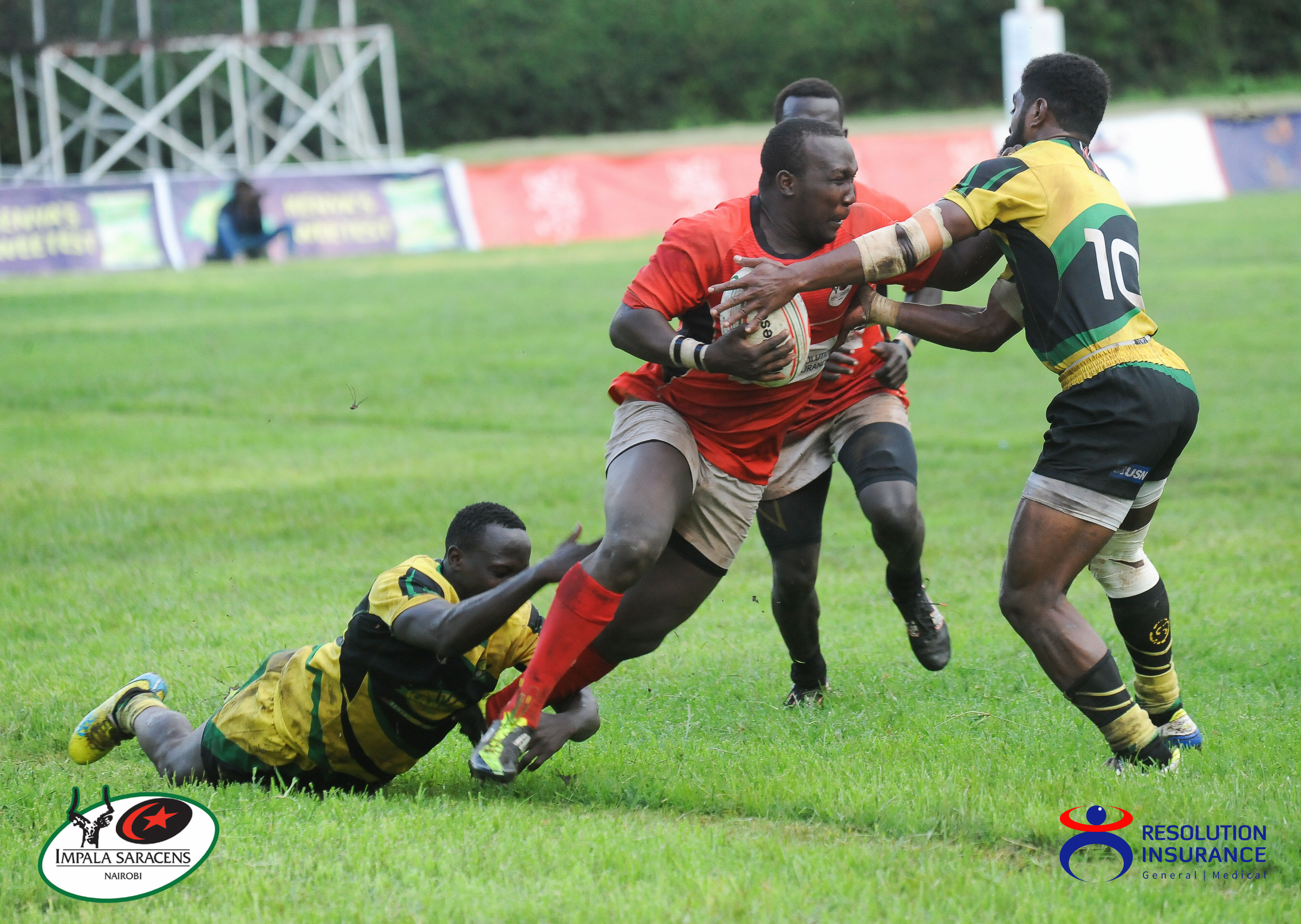 The end result could have been different, but a gazillion errors both in handling and defence cost Impala silverware.

Paul Abuto placed Kabras ahead in the 5th minute. Philip Wokorach converted for the 7-0 lead. Impala could have replied through Quinto Ongo, but the winger lost the ball after tackle with only inches left to the try-box. A kick for territory by Anthony Odhiambo failed to drop in and find touch. Wokorach made good of the error by weaving through Impala defence before touching down at the corner. The subsequent conversion attempt gathered the extras. Centre referee – Paul Mente awarded Kabras penalty try in the 31st minute.

Kabras winger – Jone Kubu split the posts in the 49th minute, Impala’s poor concentration in attack was punished through a steal by Kabras lock – Brian Juma. Wokorach converted to push scores to 31-0. Impala prop – Saul Kivumbi scored Impala’s only try on the 62nd minute. Anthony Odhiambo converted. Wokorach  went on to boot 2 over, one through a drop-goal and another through penalty.

We had the territory, the possession, but we made many errors. We also lacked the urgency to recover the ball when we lost it. The team will take a break and begin rebuilding in July. I believe we will perform much better in the 2019-20 season