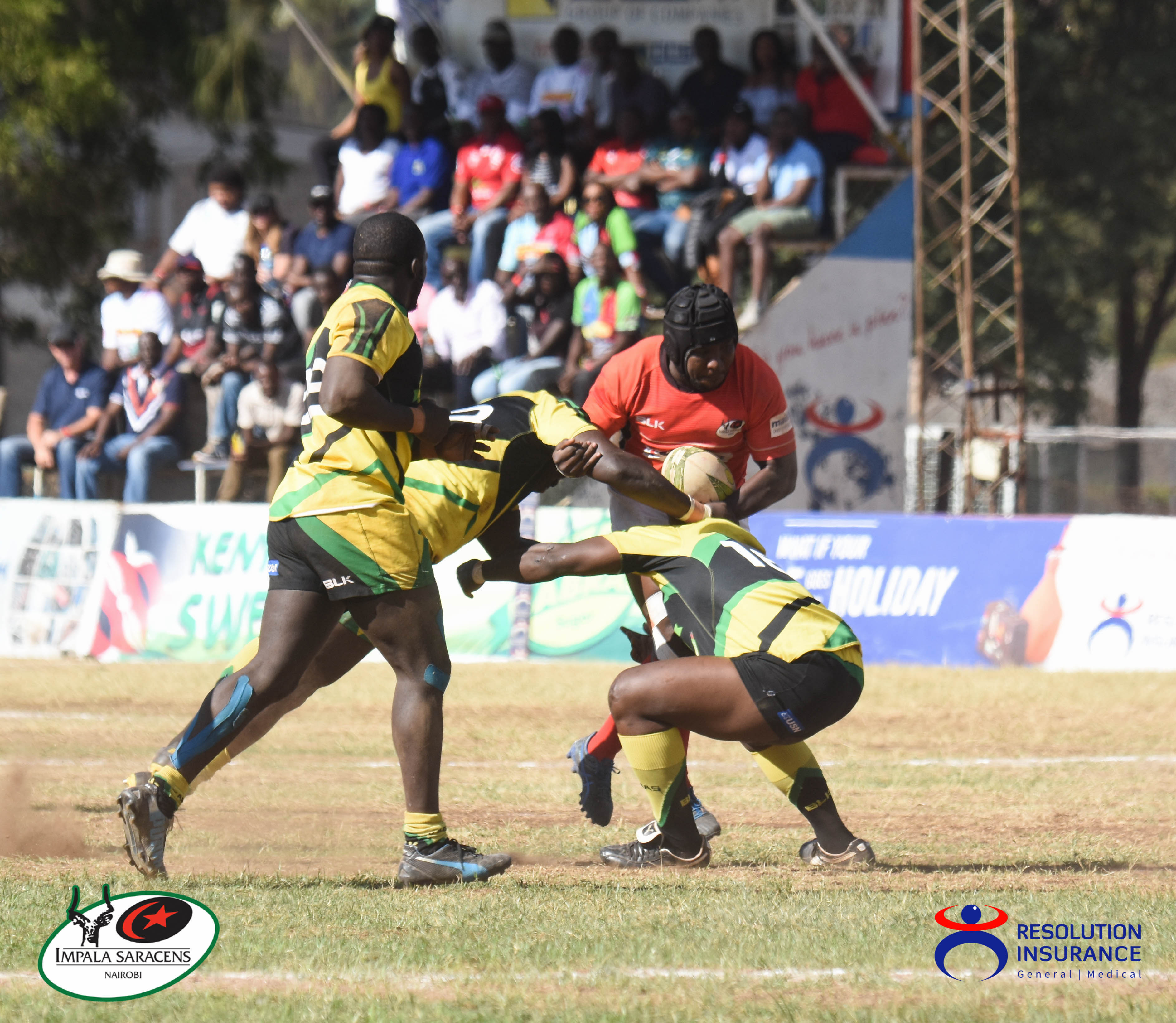 Shem Angugo for Eric Kerre is the only change made to The Resolution Impala Saracens’ squad which beat KCB 11-10 in the Enterprise Cup semis. Eric Kerre, who started at lock sustained a knock in the match played on May 4th. The technical bench has however made significant changes to the bench. Collins Chogo, Emmanuel Otieno & Paul Oimbo who were tight five replacements on 4th May will not be involved in the Enterprise Cup final to be played this Saturday. Daniel Ndome, Soita Wekesa & Edwin Gatungo have been named to take up their seats on the bench & can be deployed at any minute to rattle proceedings.

In a post-training interview with the Resolution Impala Saracens media team, Resolution Impala Saracens Captain – Samson Onsomu cut a very confident face, “We have had enough time to rest & enough time to train. We have also had time to sharpen our execution. We’ve had the chance to watch how Kabras played against KCB in the Kenya Cup final & understand what they will be bringing to the table. Our focus however, will not be on how the opponent feels after losing the Kenya Cup final. What matters to us most is how we’ll execute the Impala plan. We are playing for the win.”

Frank Ndong’ – The Resolution Impala Saracens Head Coach’s analytical eye pointed out two facts, “While we are well rested & have been training for precision in the past 3 weeks, Kabras are just from playing a big match and they have the match fitness. We will therefore need to bank on our freshness to winning the game early. When we played KCB in the final, we had to trust Anthony Odhiambo’s boot to win us the match, but this weekend, every player has been tasked with winning the game. Our discipline will also have to be at it’s most pristine.”

Director of Rugby – Mr. Fred Ollows asserted, “This match will be won in the contact point. The mental dynamics of the day will revolve around Kabras losing the Kenya Cup final at their forest & Impala’s drive to carry silverware over the fence. Whoever creates chances and takes them will win the game. At the moment, Impala is very well rested & Kabras muscles are still hot from the weekend duel. But a final match calls for intensity & we will need to bring out the intensity to win in the first 20.”