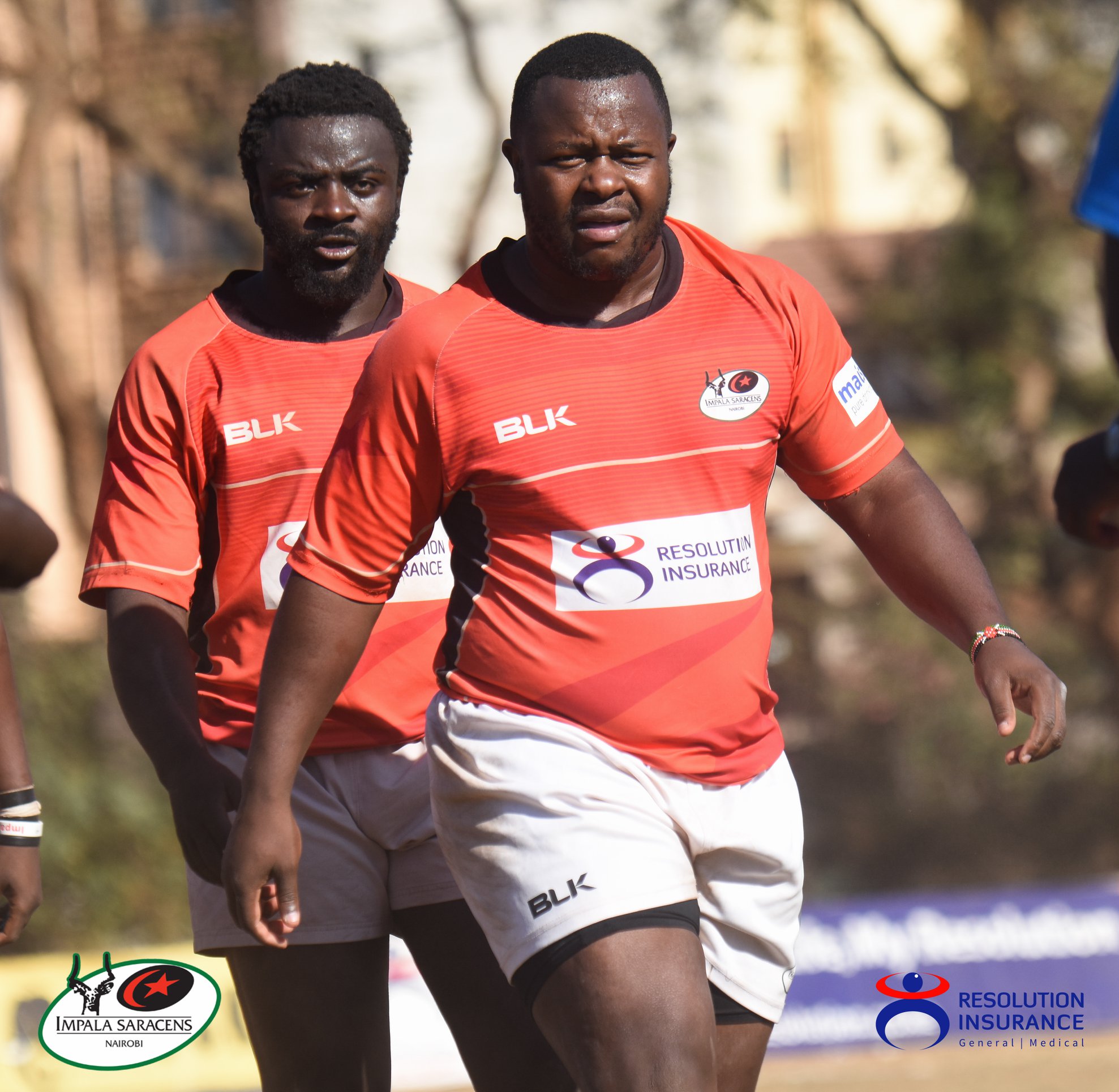 Hooker Daniel Ndome is unavailable for this fixture. His number 2 jersey will be worn by Edgar Obino, who has had a good week of training at the same position. Joel Omer is also unavailable due to personal commitments. His absence provides opportunity for Paul Mutsami, who started off the bench last weekend, to start at 8th man. Omer’s absence necessitates the nomination of lock – Davis Makori to assume Vice-Captain duties.
The technical bench has named a Samson Onsomu – Nato Simiyu partnership to link the backs with the forwards in attack. Ishmael Mokaya & Billy Omondi continue their partnership in midfield. Steve Keter, who has been hitting on rock with a pick-axe for a while now has finally hit the water-table. His thirst for playing in Impala’s starting XV in a major competition has been quenched by the technical bench decision to start him on the left wing. He joins the back three which features Quinto Ongo on the right wing and Anthony Odhiambo at full-back.
The last time Impala played against KCB in a match of fifteens, the Gazelles managed to hold the bankers to a 0-0 half-time scoreline. Matters changed in the 2nd half when KCB took advantage of the go-forward ball and numerous handling errors by Impala to claim a 25-3 win. The match, played at the KCB Ruaraka Sports Club will definitely be used as a standard for measuring Impala’s would-be performance against KCB by pundits and fans, but Resolution Impala Saracens Backs Coach – Oscar Osir believes otherwise…
“We’ve made changes to our squad due to availability and injury. But we believe they are very useful additions to the team. We had a good run last weekend but failed to capitalize when it came to swinging the hammer. We have worked to make sure we execute with confidence this time. This fixture will surely go down to the wire & I believe if we execute our plan accordingly, we will post a favourable result at the 80th minute.”
The winner of this match will face the winner of the Kabras/Kenya Harlequins fixture.