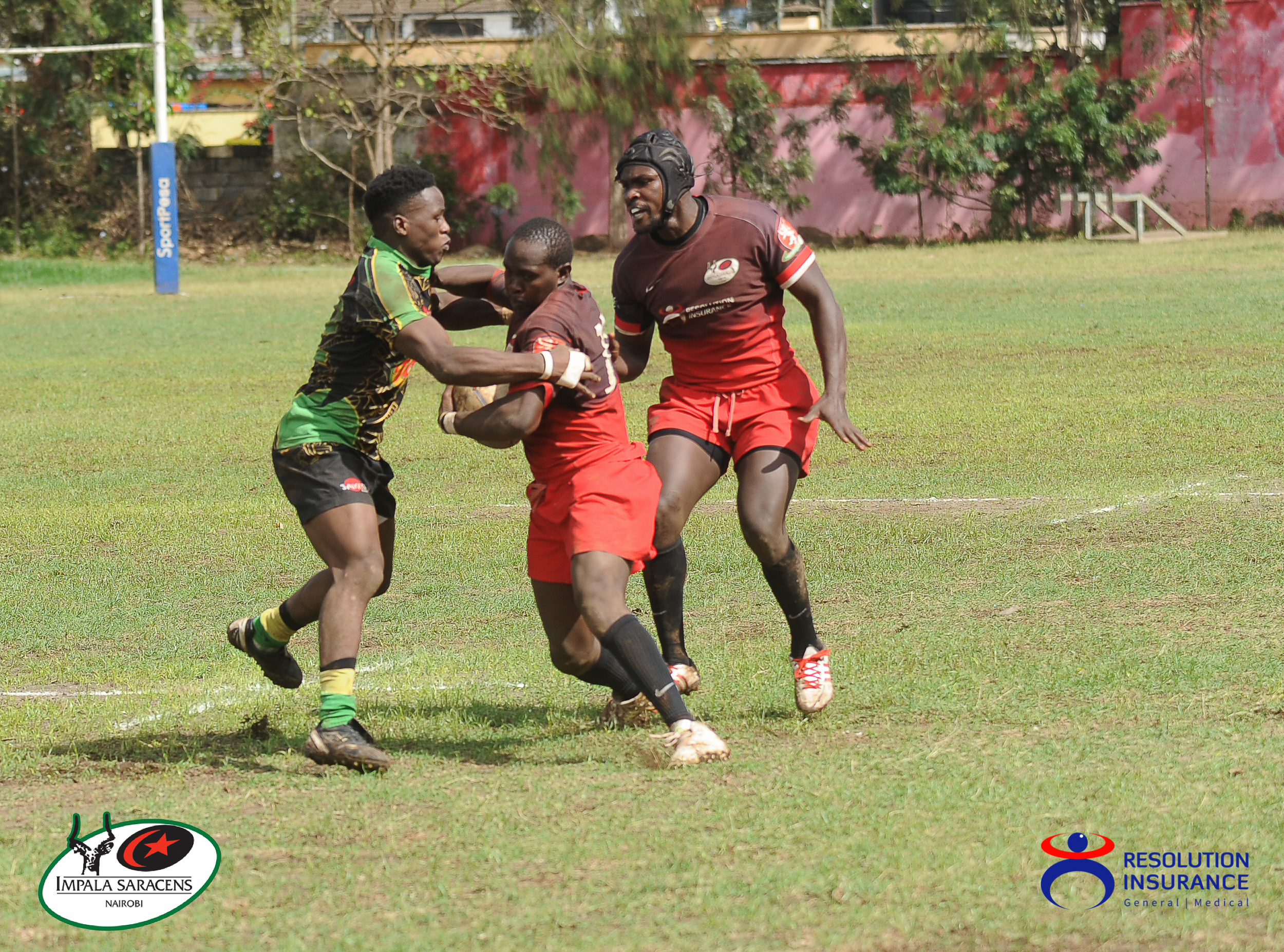 Brian Opar split the posts after only 3 minutes of play. Nakuru’s Paul Lusesi would however cancel out Opar’s effort 8 minutes later when he broke defences in the wing to touch down near the posts but the conversion attempt was bottled. Referee – Innocent Kimathi ruled for penalty try after mischievous play by Nakuru flanker – Kevin Omusebe. Omusebe was shown yellow. An altercation between match officials & Top Fry Nakuru soon followed & Teddy Ratemo was shown yellow for dissent against the referee during the heated disagreement.

Nakuru’s Fred Odongo scored a penalty in the 50th minute, but Patrick Mutuku replied 3 minutes later with a drop-goal to stretch Impala’s lead to 13-8. Leadership however shifted to Nakuru in the 62nd minute. Hanningtone Wabwire’s try, successfully converted by Nictor Nandasaba caused an eruption on the far end of the Impala stands. Nakuru were now leading 15-13.  Impala made better use of the remaining 17 minutes. Patrick Mutuku chased & grounded a loose ball after capitalizing on poor in-try-box play by Nakuru. Opar failed to collect the extras. Impala showed who is boss at the 79th minute. A series of pick and drive moves by the Bok forwards created perfect chance for Edwin Gatungo to inscribe his name on the match sheet. The resultant conversion attempt by Mutuku did not matter as the Gazelles had already booked a spot in the ESS Semi-finals. The Boks will now play KCB Lions on 11th May 2019.