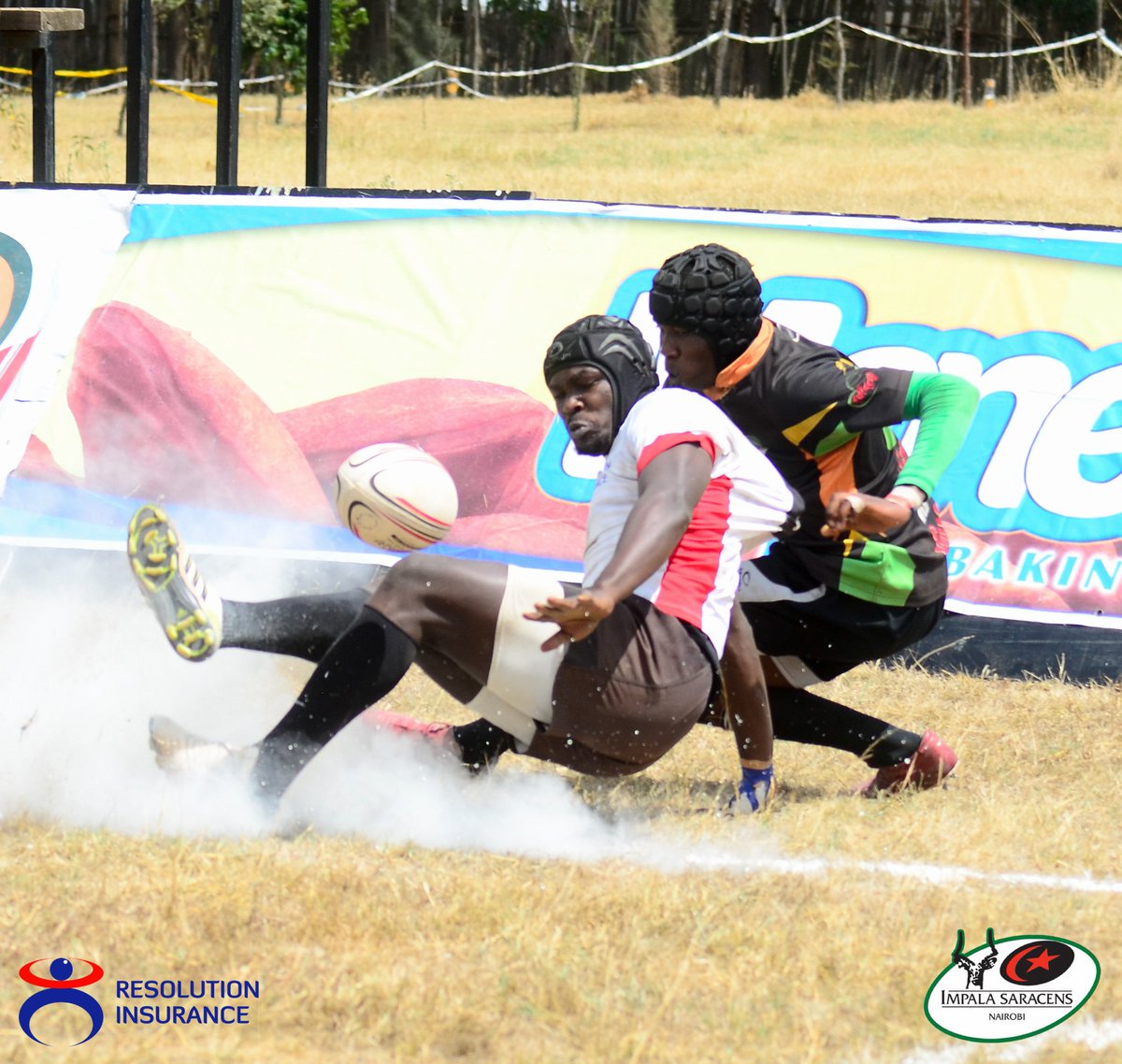 Kenneth Murangiri will start at hooker this Saturday when the Resolution Impala Saracens Boks take on Top Fry Nakuru RFC in the 2018-19 ESS quarter final play-off to be played at the RFUEA from 2pm. Murangiri replaces Wambiri Chege who is uninvolved in competitive rugby this weekend. Lock – Victor Imela, who started in the Boks jersey the last time the team was involved in competition will start from the bench. Imela was part of the 15 man squad that bowed out of the 2019 Great Rift 10s after a 29-5 loss to Strathmore Leos in the 5th place semi final. He is replaced by Shem Joseph. Half-backs, Sammy Kimakwa and Kanyiri Kariuki who started for the team on 6th April 2019 have been replaced. The technical bench has opted to start a Bernard Rotich-Lewa Lionel scrum-half-fly-half partnership. Hanningtone Mmbaka, who carries heavy like a tipper-truck has been named to start at inside centre. He switches with Daniel Dindi who starts at outside centre. Sidney Chacha, who started at outside centre 3 weeks ago, will start from the bench. The only change in the back three is the inclusion of Kenya 7s international – Edmund Anya on the right wing. Anya replaces Martin Musau who will be uninvolved in contest this weekend.
The winner of this match will face KCB Cubs in the semis