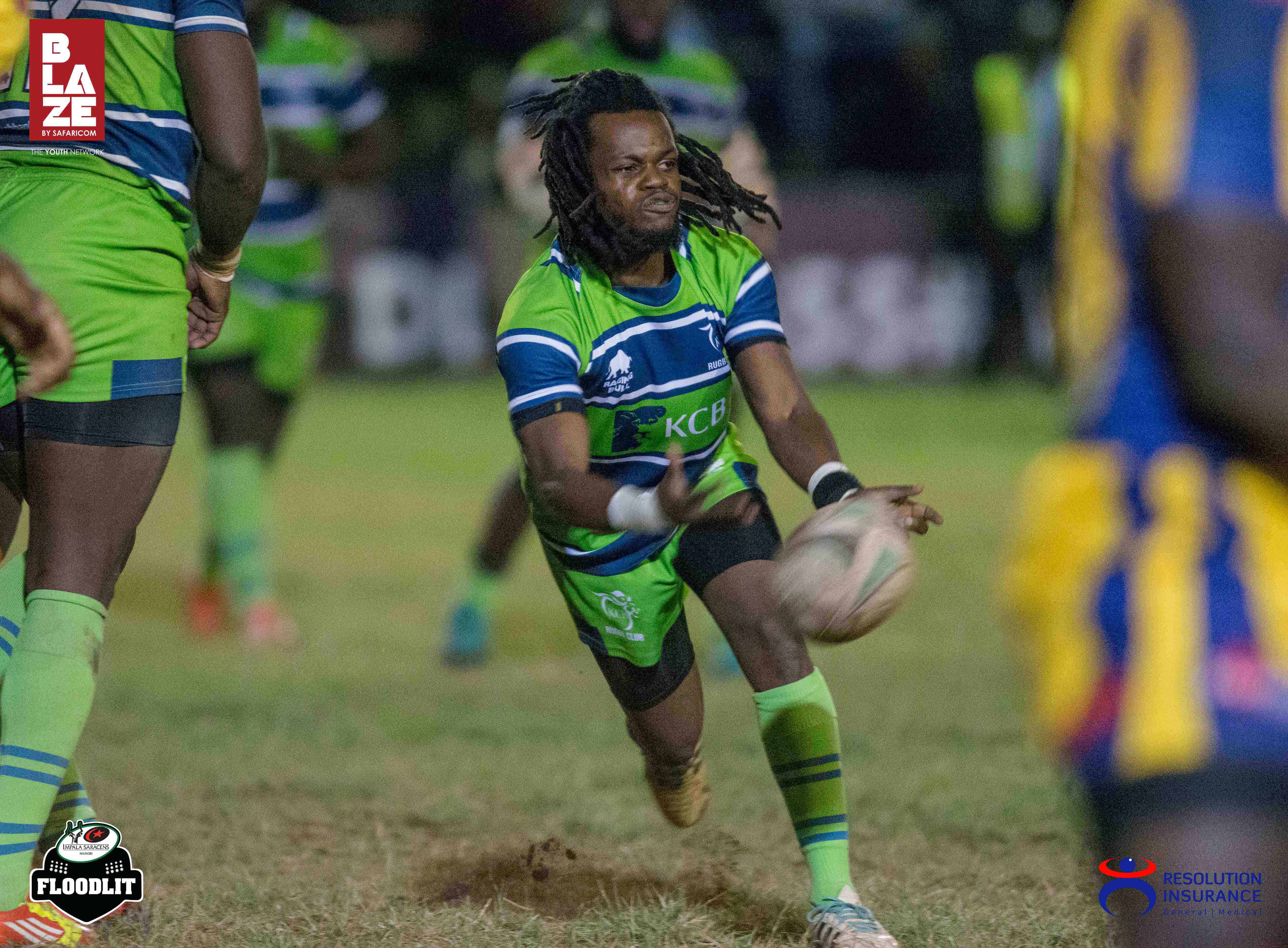 Reigning Impala Floodlit main cup champions KCB have earned themselves a chance to defend their tittle after securing a 38-14 victory over Homeboyz during the tournament’s cup semi finals at Impala Club, Nairobi.
KCB will face Menengai Oilers in the tittle decider following a dominant first half performance where the bankers scored five tries to effectively seal the win and advance to the final.
Homeboyz scored their first try before KCB added their fifth and also managed to grab yet another in the final quarter through stalwart Leonard Mugaisi but the defending champions were hardly short of effort in ensuring their target of returning to the cup final and retaining the competition’s biggest prize remained alive.
Stafford Abeka, Rocky Aguko, Oscar Sorano, Steve Wamae and Brian Omondi each scored a try for KCB while flyhalf Stephen Osumba enjoyed a unblemished day off the tee, scoring 13 points before being rested in readiness for the final to be played on Saturday, October 12.
For Homeboyz, Michael Wanjala scored the first of their two tries, all of which were converted by Henry Ayah. The Deejays will face Quins the playoff final also to be played at the same venue.