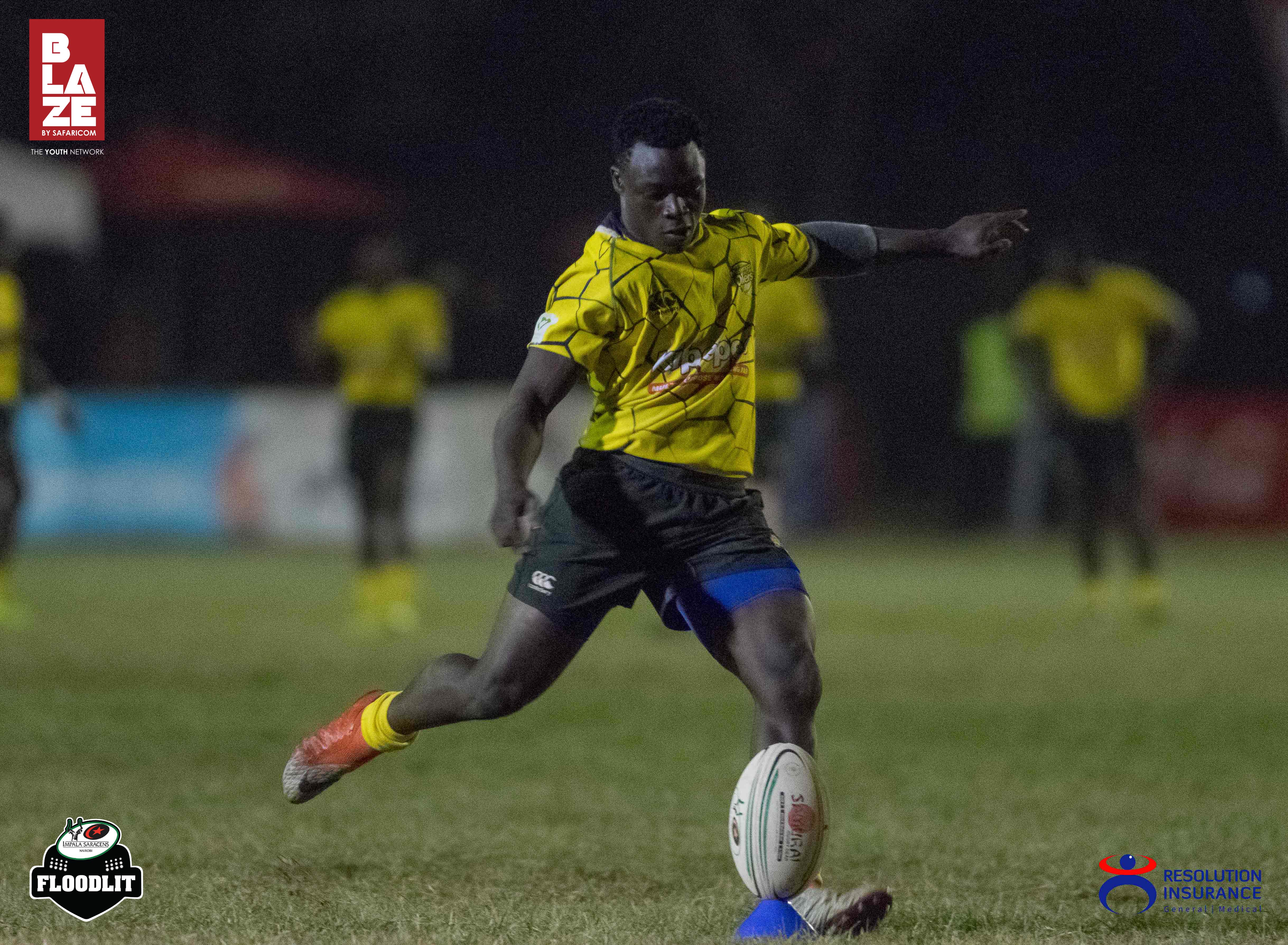 Recently promoted Kenya Cup side Menengai Oilers are poised to make their Impala Floodlit tournament cup final debut following a hard-fought win over Kenya Harlequins in the semis played at Impala Club, Nairobi.
Harlequins surrendered a slim lead late in the opening half when Oilers winger Timothy Okwemba’s converted try put the Gibson Weru coached side ahead at halftime and the score stretched even further following loose forward Aziz Annan’s try early in the second half.
Lyle Asiligwa of Harlequins and Austin Sikutwa of Oilers traded three penalties each throughout the match which yielded a penalty try for both sides in the second half, where David Ambunya’s touchdown was the only other try Quins garnered. Sikutwa also converted Annan’s try for a 13-point personal haul as Oilers held to to win the nail-biter.
Oilers will face tournament defending champions KCB in the cup final on Saturday, October 12. KCB defeated Homeboyz 38-14 in the second semi-final.