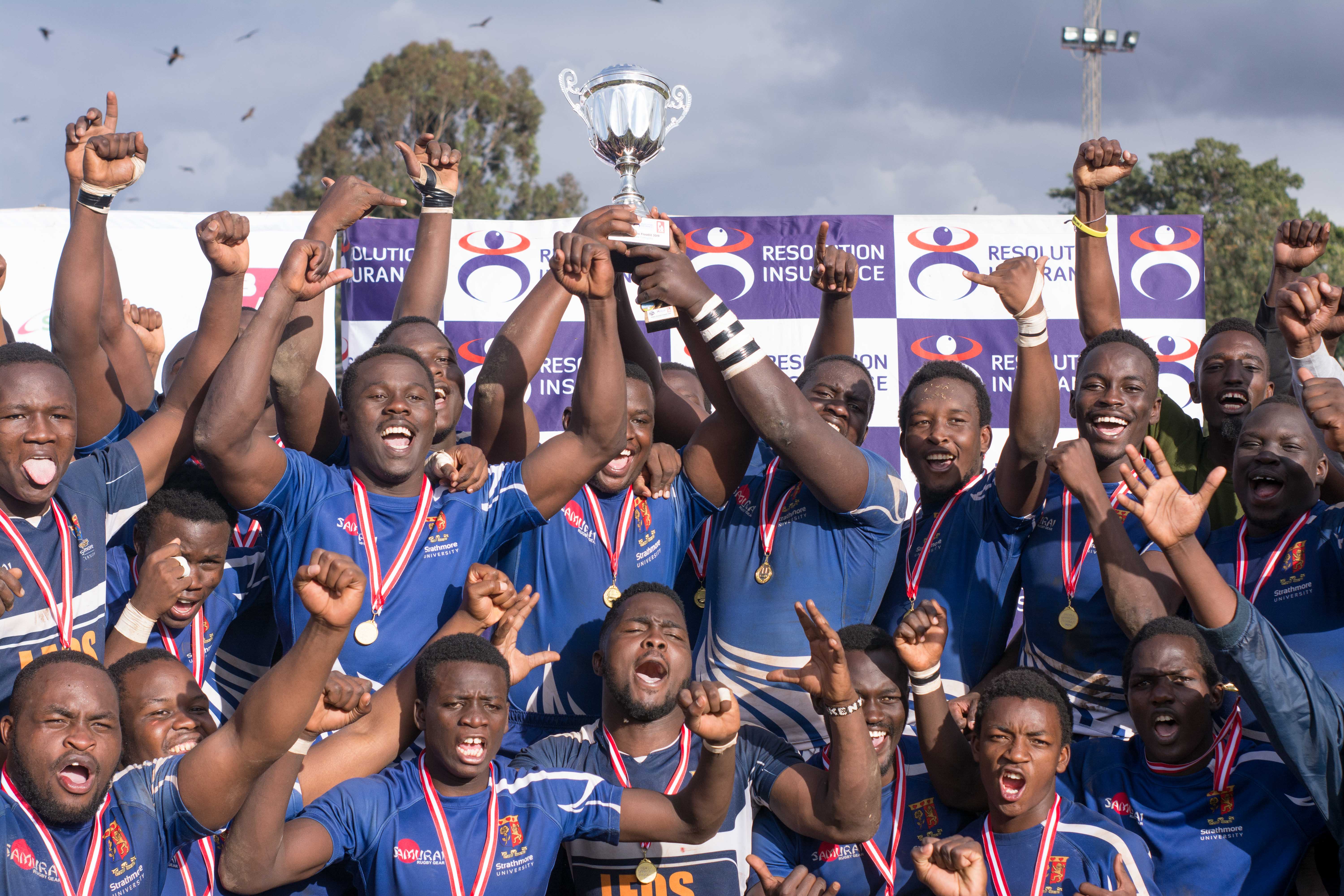 Strathmore leos started off the match with going over the try box in the fisrt 5 minutes of the game after making a good run and leaving his markers for dead. A few minutes laters , matok with a penalty to extend their lead to 10-0. Mean mAchine reply with a pnalty after an infringement at the 22area and Festus makes it 10-3.After an offside call from the referee, mean machine were penalized and Matoka decided to go for the points and he runs short. Arnold takes his chances after mean machine were penalized again and he adds the tall y to 13-3.

Strathmore win another penalty and Arnold with a good conversion despite the windy weather to make it 16-3.a few minutes later in the game, Lucas Opal extended their lead after going over for his try in the game to make it 23-6 at the interval.

After the interval, Strathmore Leos continued from where they had left after Matoka took the points after Mean Machine was penalized, to extend their lead to 26-6Machine reply with a try and points in the dying minutes of the game from Festus to reduce the gap to 26-16 as the game comes to a halt after the full time whistle.