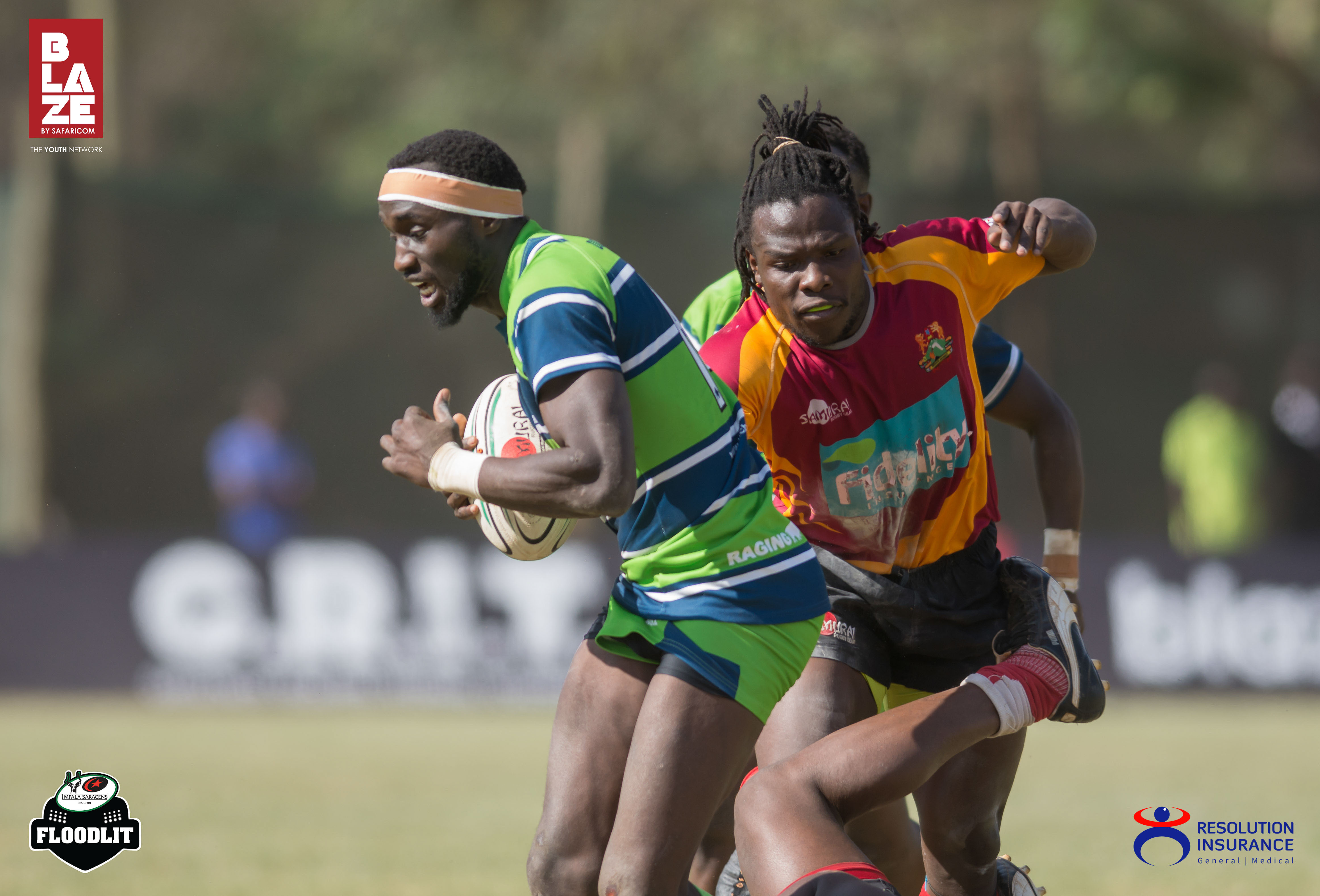 Defending champions KCB are only two wins away from retaining their Impala Floodlit tittle after defeating Kenyatta University’s Blak Blad 53-15 in one of the four quarter finals played in the tournament’s club category.

Leading 24-10 and firmly in control at the break, the bankers scored a total of nine tries and four conversions to dispatch fellow Thika Road side Blak Blad who only managed to score two tries, a single converted effort and one successful penalty attempt.

As a result of the defeat, BlakBlad will take on Nondies in the plate semi-final of the club’s category on October 5th, 2019.