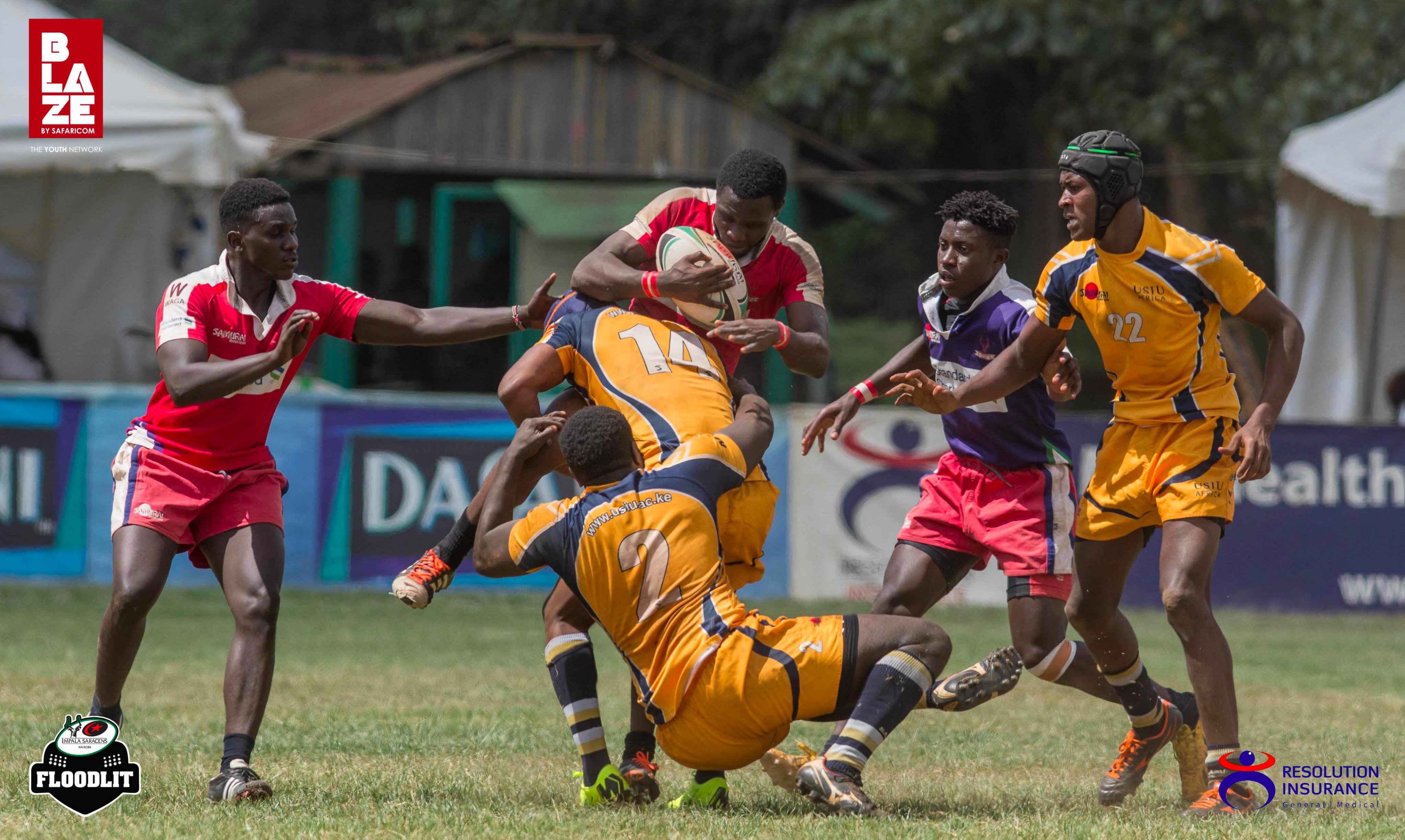 i) Strathmore vs TUK

Strathmore University recorded the biggest win of the day, having defeated Technical University of Kenya (TUK) 86-3 to set up a semi-final date with United States International University (USIU) on 5th October, 2019. Strathmore, who scored a total of fourteen tries and eight conversions, led 46-0 at the break and added 40 more points in the second half, with TUK only managing a single penalty score in the closing half.

Former Chipu captain Gabriel Adero as well as Wiseman Aganya and Bethuel Anami all touched down twice, while fellow teammate Mitch Ojowa notched a hatrick in the memorable win over TUK.

As a result, Strathmore are set to meet USIU in the semi-finals during the next round of the competition. 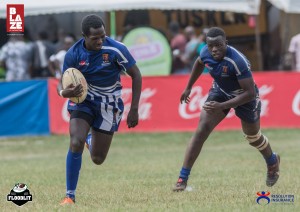 Swara have been knocked out of the Impala floodlit tournament following a 25-7 loss to USIU during the quarter final stage of the competition. The Impala Saracens academy side trailed 15-0 at the break having conceded two tries and a penalty in the opening half but they were able to get on the score sheet early in the second half through a converted try. However, USIU also added a converted try and a penalty to stretch their lead and ultimately seal the win.

Joe Awori, Musa Shabani and George Muyomba all scored a try for USIU with Martin Juma adding seven points from the boot following two conversions and a penalty. Eliud Mulakoli also kicked a penalty in the first half before Juma took over the kicking duties for the remainder of the match. 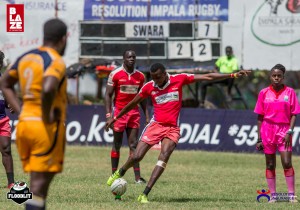 CUEA advanced to the semi-finals of the Impala floodlit tournament following a 17-13 win over KCA. CUEA led 12-8 at halftime but found themselves trailing after a KCA try early in the second half took the scores to 13-12 in favour of the Thika Road based university. However, Monks as they are popularly known scored the winner in the final quarter of the game to advance to the semis.

Joseph Api, Dennis Mwangi and James Mavisi all scored for Monks to edge KCA who only managed two unconverted tries and a penalty.

University of Nairobi’s Mean Machine defeated Daystar Falcons 41-11 to set up a semi-final date with Catholic Monks (CUEA) on 5th October, 2019. Machine scored seven tries and three conversions could only manage a solitary try and two successful penalty attempts during the game.

Machine number eight Dominic Mogendi scored twice with Charles Kinyanjui, Maurice Murimi, Adam Mugo and Dennis Nyongesa contributing a try each for the victory. Festus Shiasi drilled in two conversions with replacement Adam Waithaka converting one while Daystar were put on the scoreboard through Joshua Kilaba’s first half try and two successful penalty attempts by Clinton Kioko in the second half.