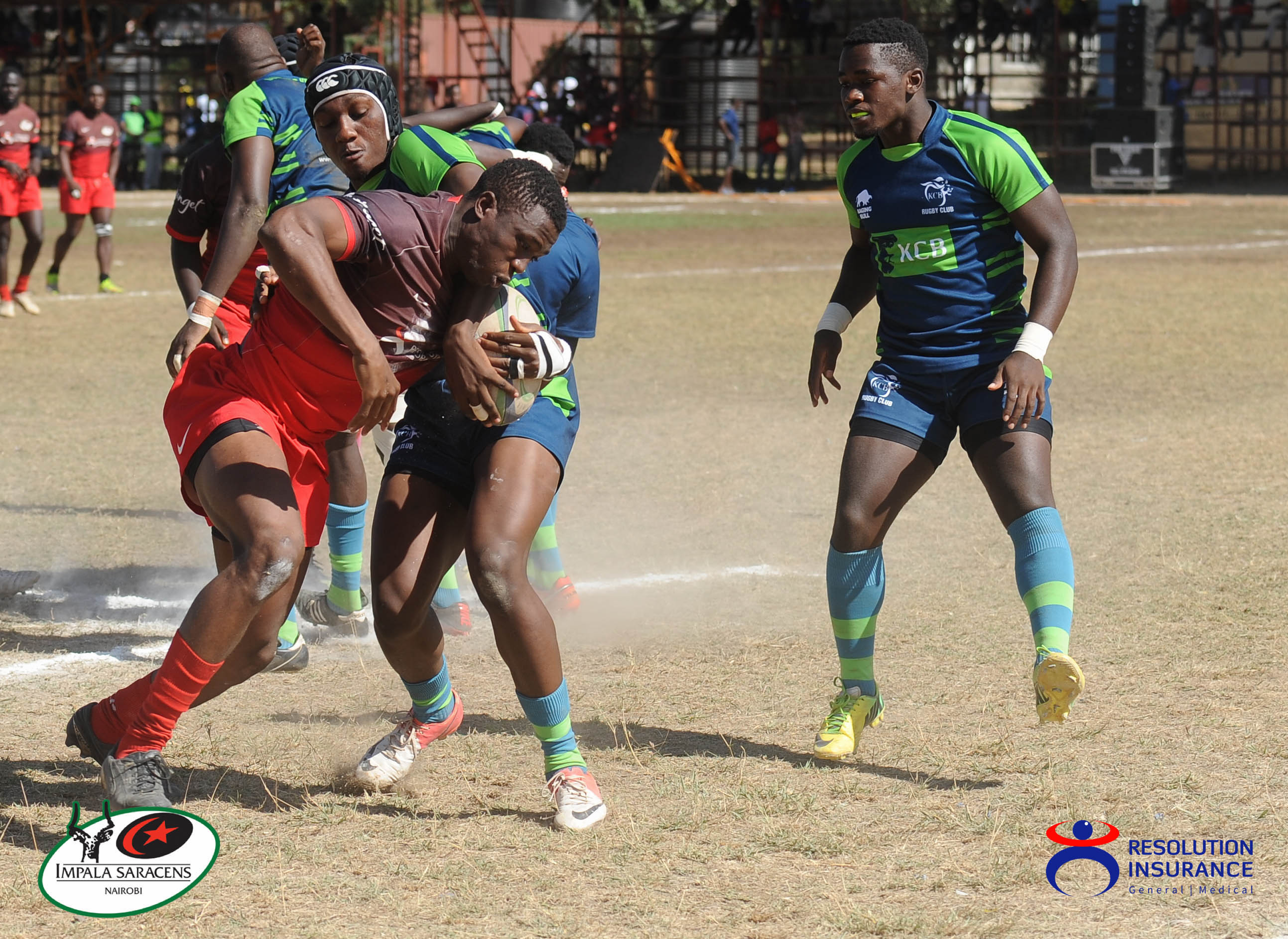 Resolution Impala Saracens could have been first to tear open the score-board, but referee Lorence Ishuga denied them a try in the early minutes. He ruled for penalty because Impala lock – Elvis Oroko had peeled off the scrum. before grounding the ball. Had Oroko chosen to keep it in and let Mutuku grind it behind the moving scrum, Impala could have made a mark and kept KCB in the back foot for the entire match. KCB grabbed the chance with the penalty. They kicked for touch, collected the line-out and went on to launch razor sharp attack against Impala. Timothy Makiya was beaten by Jeff Okwach in the wing. Okwach sped off to scoring under the sticks. Elphas Adunga converted with ease. Adunga went on to punish poor defending by Impala. He took advantage of a forwards-backs mismatch & pranced into the try box. He converted for the 14-0 score. Impala managed to score a try in the 10th minute through Patrick Mutuku, but Emmanuel Okeya acted casual with the attempt at finding the posts.

Impala could have scored a try after Elvis Oroko set up a maul in KCB territory, but inexperience in mauling cost the young lads. Although the referee blew and signalled for ‘held up’, & handed Impala another chance with the scrum put-in, the Gazelles could not muster enough to tear open KCB defence.