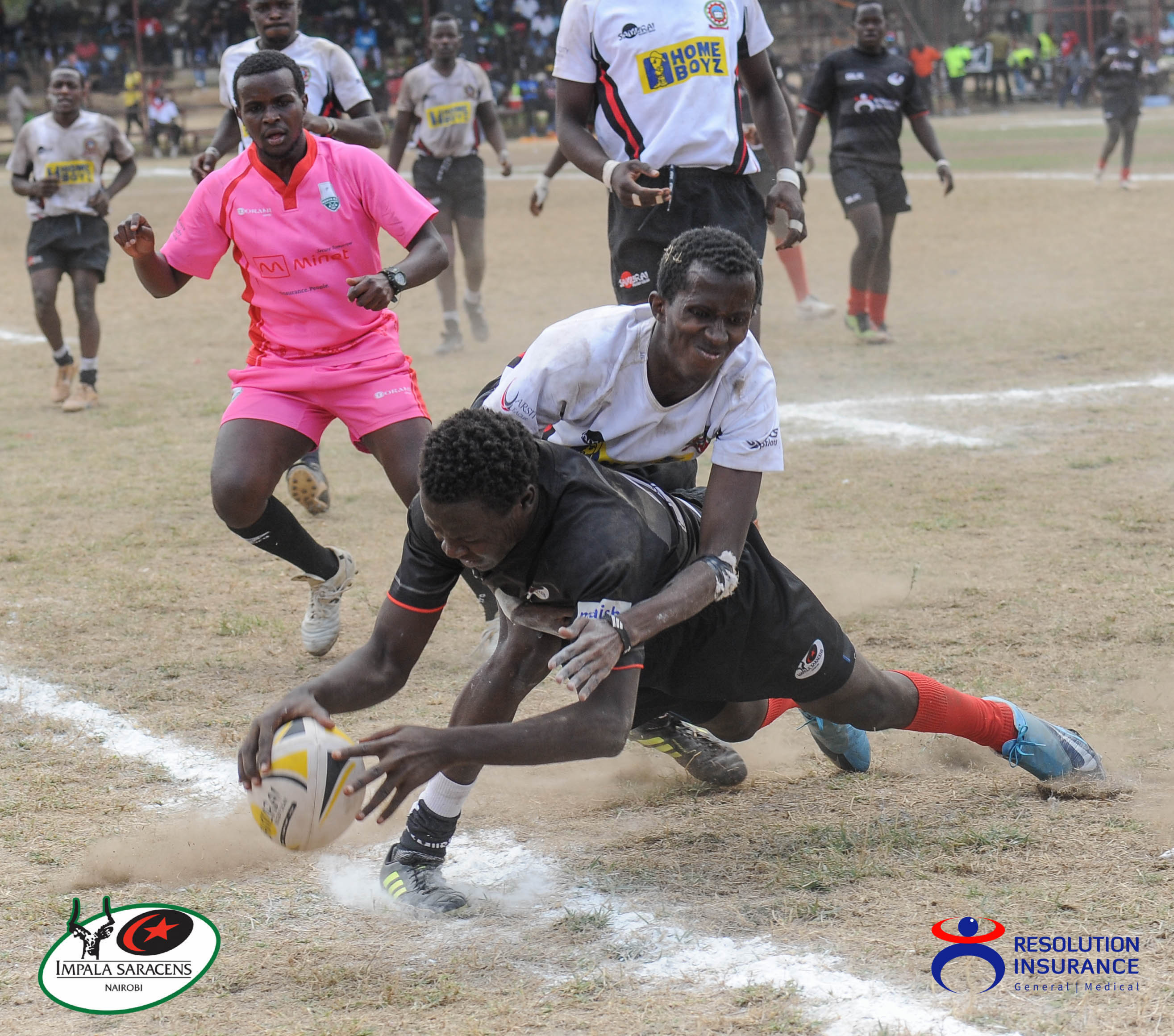 The hard running Derrick Wechuli opened up the match sheet 2 minutes after kick off, but Emmanuel Okeya’s boot failed to find the posts. JKUAT could have scored a try a minute later but relentless pursuit by Sammy Kimakwa ensured the students earned no point from their only threatening move in attack. Patrick Mutuku scored two tries in quick succession. Okeya converted both. Kimakwa’s try, scored at the half-time buzzer ensured a 24-0 score at half-time

The second half was a one sided affair. Patrick Mutuku went over to confirm his hat-trick but he failed to collect the extra two points after his attempt at the posts went short. The highlight of the match was when Spencer Obiero scored his first try of the weekend through sheer brutality. Brian Opar tried to convert, but the kick just missed the spot.

The team will face Menengai Cream Homeboyz in the last match of the day later on in the day for pool topping honors.