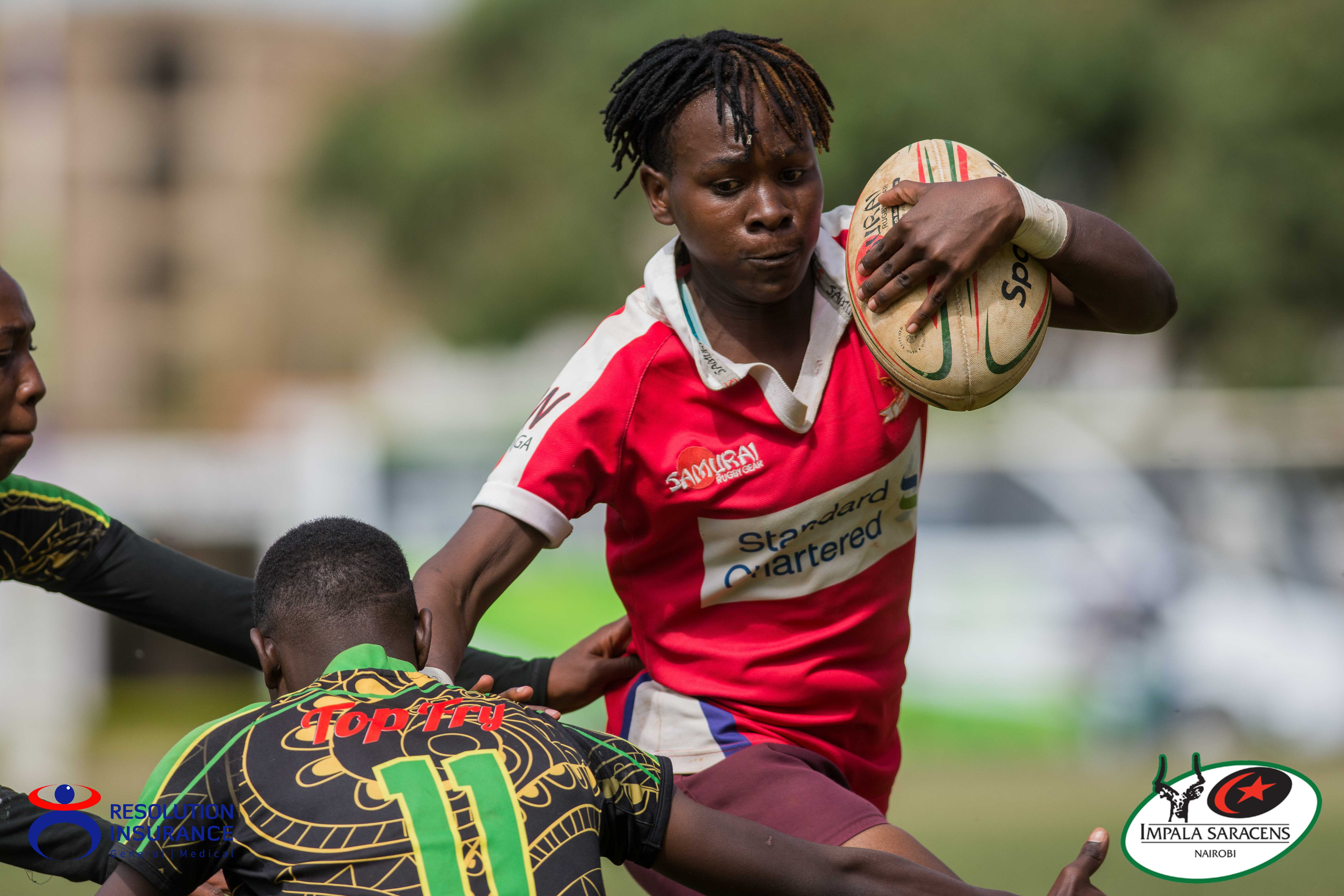 The chart topping Impala Women 7s team has made three changes to the Prinsloo 7s team. The incoming three – all Kenya Lionesses – join the team after their Africa Cup runners up exploits. Kenya wingers Christabel Lindo, Stella Wafula and Diana Awino reinforce the team leading the circuit 63 points to Nakuru’s 60.

“We saw it fit to include the three for their experience and pure pace. The pressure will be high, this weekend, both from our leading the log and fielded teams being stronger, on paper,” said coach Mary Ochieng. “We are also coming from a loss, after two tournament wins and would like to make a mends”

The Ngong Road women won two tournaments on the trot – Kabeberi and Prinsloo, but were pipped 12-10 to the tape by Nakuru at the Northern Suburbs tournament, last weekend. “Part of the reason we have refreshed the squad is to sort out some of the fatigue that appeared to creep in last weekend,” added Ochieng.

The Impala Women are in Pool B together with Northern Suburbs and COMRAS.