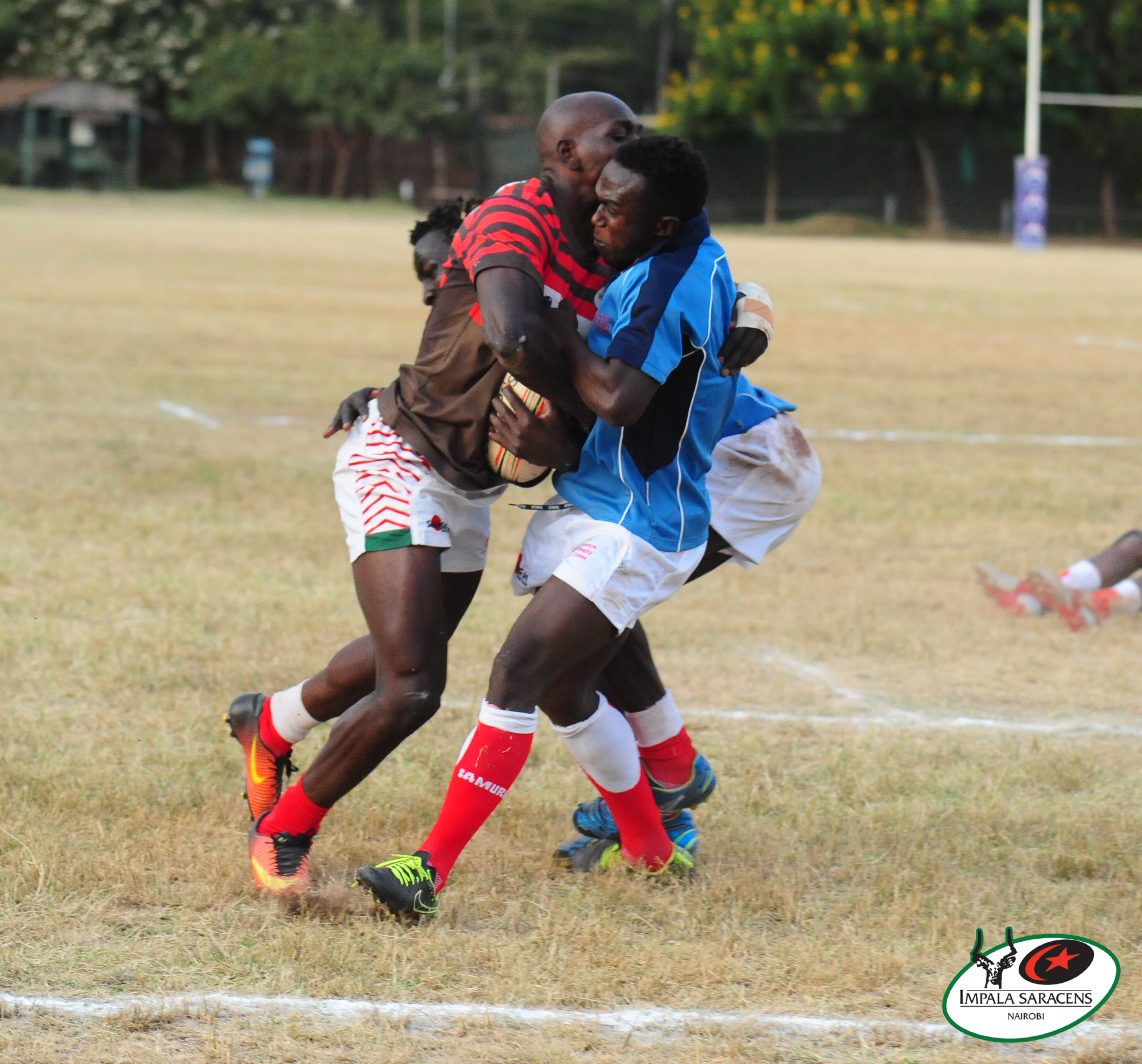 Resolution Impala Saracens trailed for an entire 70 minutes before taking charge of the match which the Kenya U20 team would have won.

Edmund Anya placed Chipu ahead, scoring a beautiful try that was converted by Xavier Kipng’etich. After bullying the Kenya U20 defence, Impala’s Derrick Mayar scored at the corner but Mark Kwemoi’s attempt at levelling the scores struck wide. A lapse in game awareness by the Impala backs proved costly when Victor Matiko pounced on an Impala pass for intercept before razing 60 metres of the floor to score under the posts. Kipng’etich converted for 14-5. Although Impala packed a solid scrum, a mistake in handling proved perfect opportunity for Chipu to launch attack. Zeden Marrow broke open Impala defence & played Joshua Mwangi. Joshua’s clean pair of heels proved difficult to chase. Derrick Keyoga’s attempt at converting went just wide.

Steve Juma scored Impala’s second try of the match. Kwemoi converted from the tight angle, reducing Chipu’s lead to only 7 points. Indiscipline by Impala gifted Chipu another 3 points courtesy of a Derrick Keyoga boot. Impala’s substitute centre – Ishmael Mokaya sliced through Chipu defence with zero opposition. Kwemoi converted. Chipu were however not allowing Impala an easy come-back. Zeden Marrow scored for Chipu at the corner. Keyoga’s attempt at the posts went just wide. It did not take long before Impala centre – Patrick Mutuku registered his signature speedy run. His try, scored off brute, incisive play & converted by Kwemoi reduced Impala’s trail to only 26-27. When it all mattered, Mark Kwemoi opted to call for the kicking tee against the fans’ loud wish for scrum. He kicked over, sending Impala two points ahead of Chipu.

I am really happy with how the boys played today. For me, it is not a matter of score lines. We were keen on our structures & observed how the boys attempted to execute. However, we have various aspects to work on before departing in March.

I am not happy with how we played today, however, this match has just opened our eyes to what we need to get fixed before facing our next opponent.