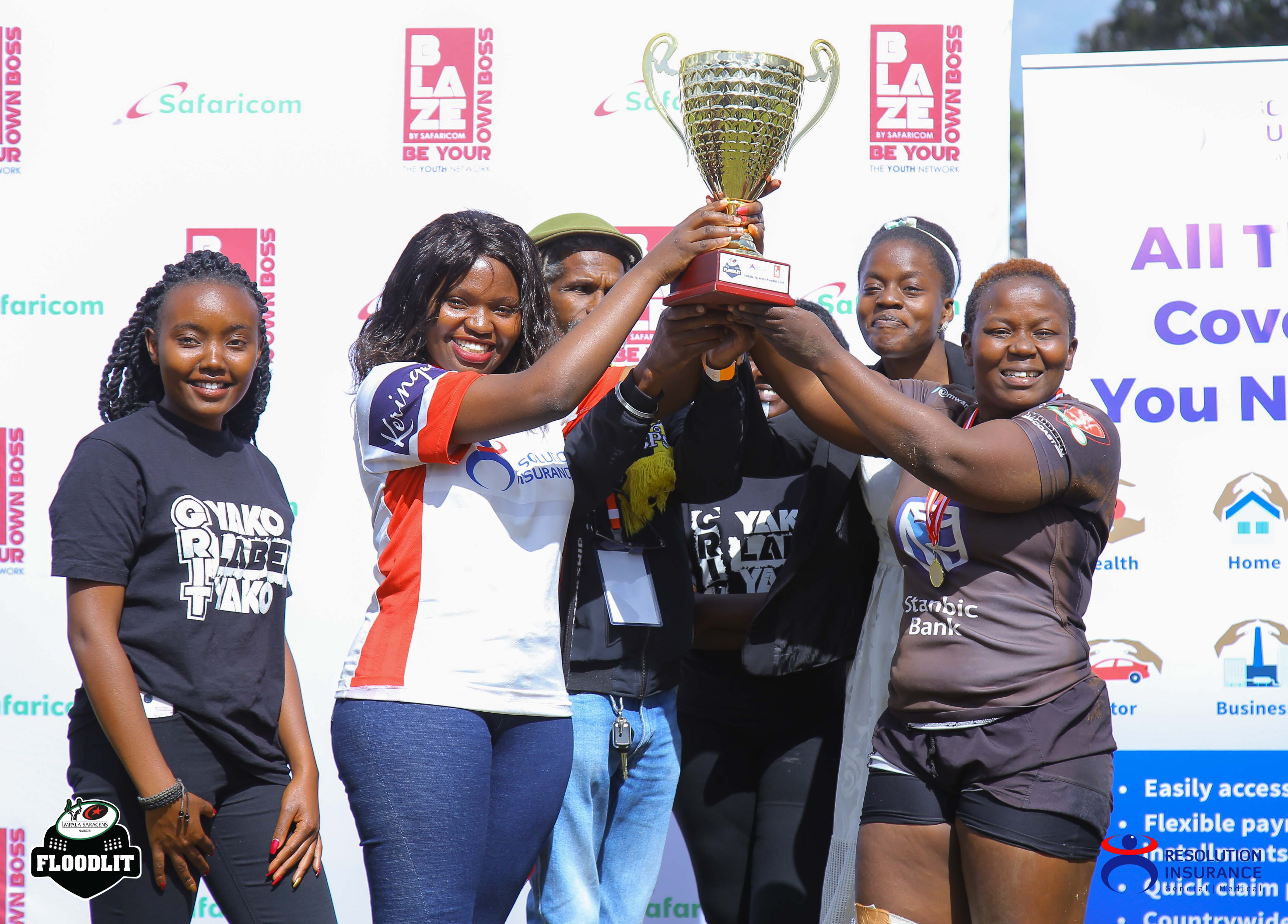 Black lions were crowned Richard Sidindi Cup Champions after overcoming Black Panthers 40-5 in their last game in the round robin tournament.

They accumulated a total of points to be crowned champions of the three weekend-round robin tournament after their win against Black Panthers.

Immediately after kick off, Black lions showed their intent of winning the game by touching down their first try in the first minute of the game after Terry Ayetsa went over the chalk. Three minutes later, their dependable prop Julie Macharia made a slick run and side stepped the defense to go over for the second try of the game, Sarah Oluche with extras.

Slightly before half time, Black panthers were forced to concede three more tries after making defense lapses. The first try was as a result of an infringement at the try box area and Black lions were awarded with a penalty try.

Black panthers replied almost immediately with a try when Brenda Sara went over for their first try in the game. Daisy Jiveti made a good run for Black lions second try and later on, Sarach Oluche scored a brace to take the tally to 26-5 at half time.

After the interval, Sarah Oluche continued from where she left in the first half, to produce an emphatic performance after going down for two more tries with Naomi Amuguni and Stephanie Waithera adding one try each to make the tally to 40-5 points at full time.