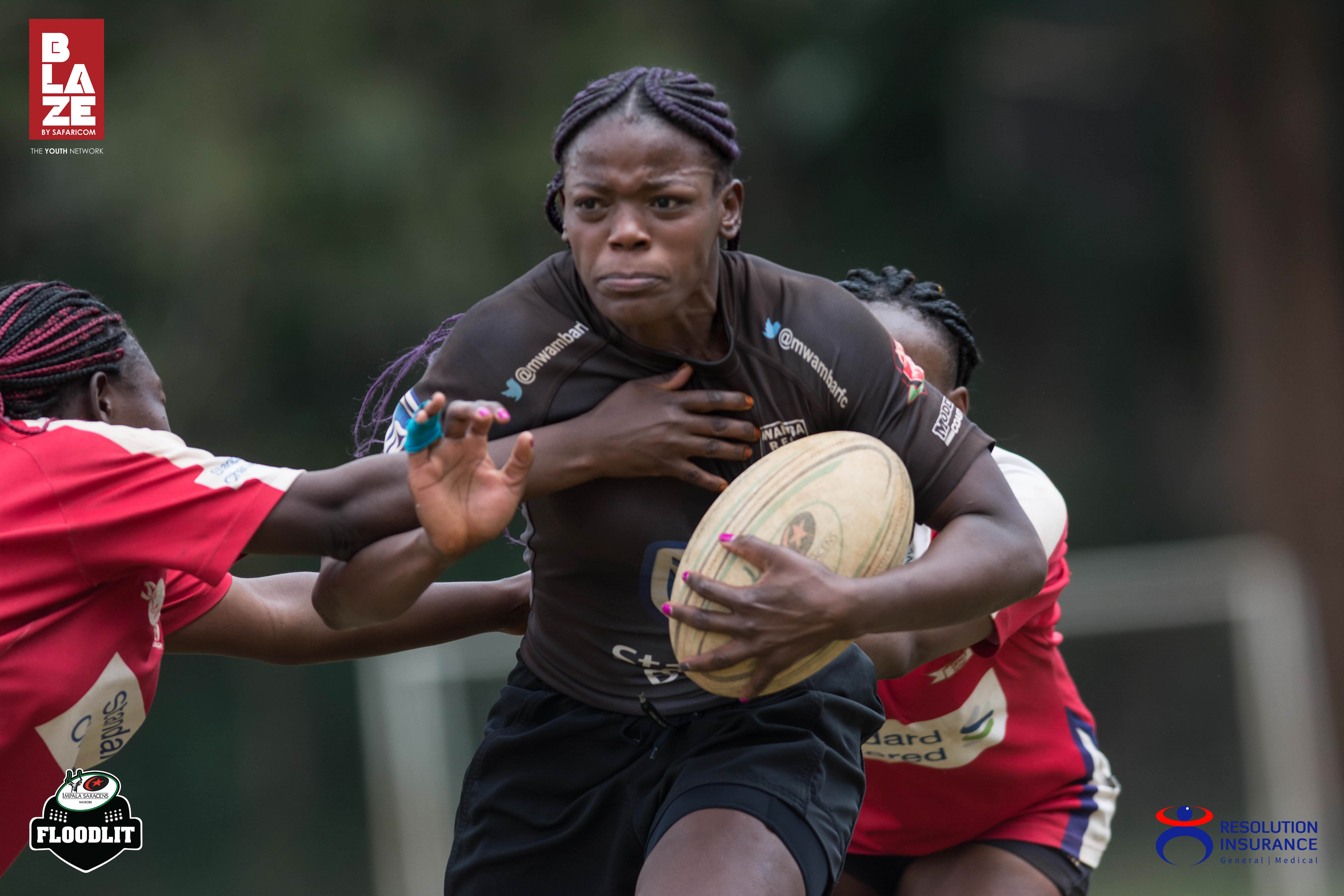 Tembo and Black Lions emerged winners in the second round of the Impala Floodlit ladies tournament ahead of closing week of the tournament on Saturday, October 12.
Tembo defeated Black Panther 8-7 while Black Lions toiled past Chui 15-8 in the women’s double header.
Tembo’s Fresha Awino kicked a penalty and Martha Akinyi scored the game’s first try, which came in the second half before Hellen Achieng’s converted try for Black Panther brought a tense ending to the match.
For Black Lions, three tries, though unconverted secured the victory over the one-try Chui, who also scored a penalty in the second half.
The scores were tied at 5-5 during halftime but Black Lions added two more tries to seal the victory.